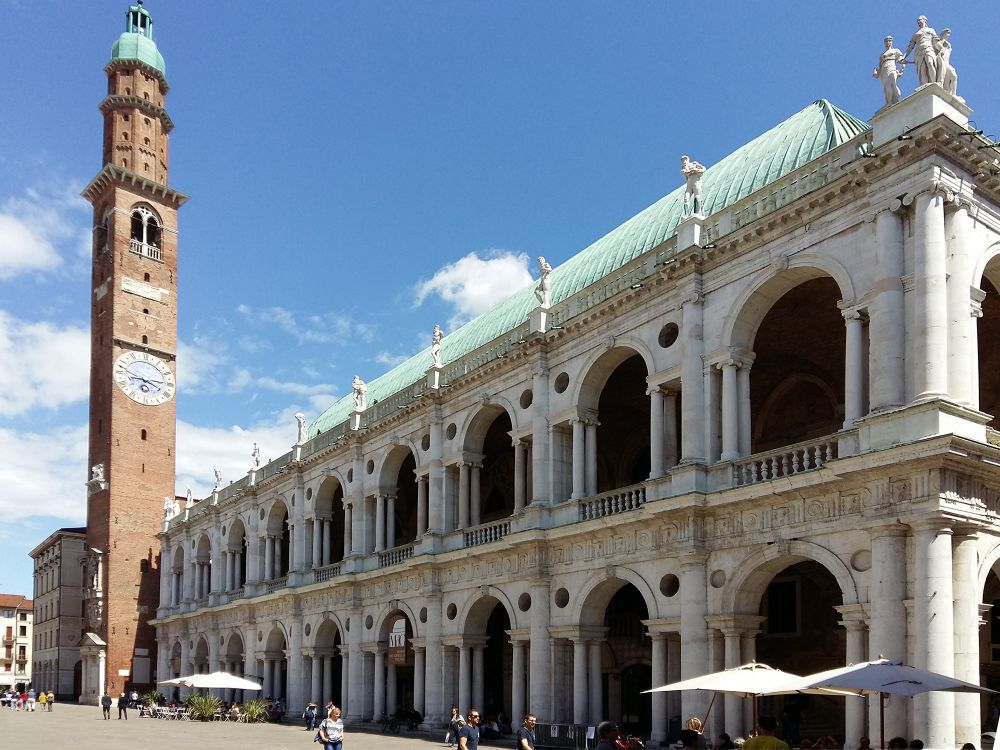 The Palladian Basilica, listed since as a UNESCO World Heritage Site in 1994, is the symbol of the city of Vicenza.

The beating heart of Vicenza's political and economic activity, in the Middle Ages the Palazzo della Ragione looked like a Gothic building, characterized by a vast hall on the upper floor and animated on the ground floor by an active group of shops. Following the collapse of the 15th-century loggias designed by Tommaso Formenton in the 16th century, the Council of the city discussed the renovation of the building. Some of the greatest names in architecture of the time were involved in these debates, from Giulio Romano to Sebastiano Serlio, from Jacopo Sansovino to Michele Sanmicheli. Despite such illustrious opinions, in March 1546 the Council approved the project of a decidedly little-known local architect who was merely thirty-eight years old: Andrea Palladio. He proposed an “elastic” structure, able to take into account the necessary alignments with the openings and gates of the pre-existing fifteenth-century palace. The system was based on the use of the so-called serliana, a structure composed of a central opening with an arch over it flanked by two rectangular openings of variable width and, therefore, able to absorb the width differences of the spans.

The construction site of the lodges constituted a definitive turning point for Palladio's career. He officially became the architect of the city of Vicenza, author of a grandiose factory unparalleled in Veneto in the sixteenth century. This project was so representative of the architect’s genius that it is known as Basilica Palladiana. Still, today, it represents an ideal place for meetings and culture, a suggestive museum for exhibitions and events.